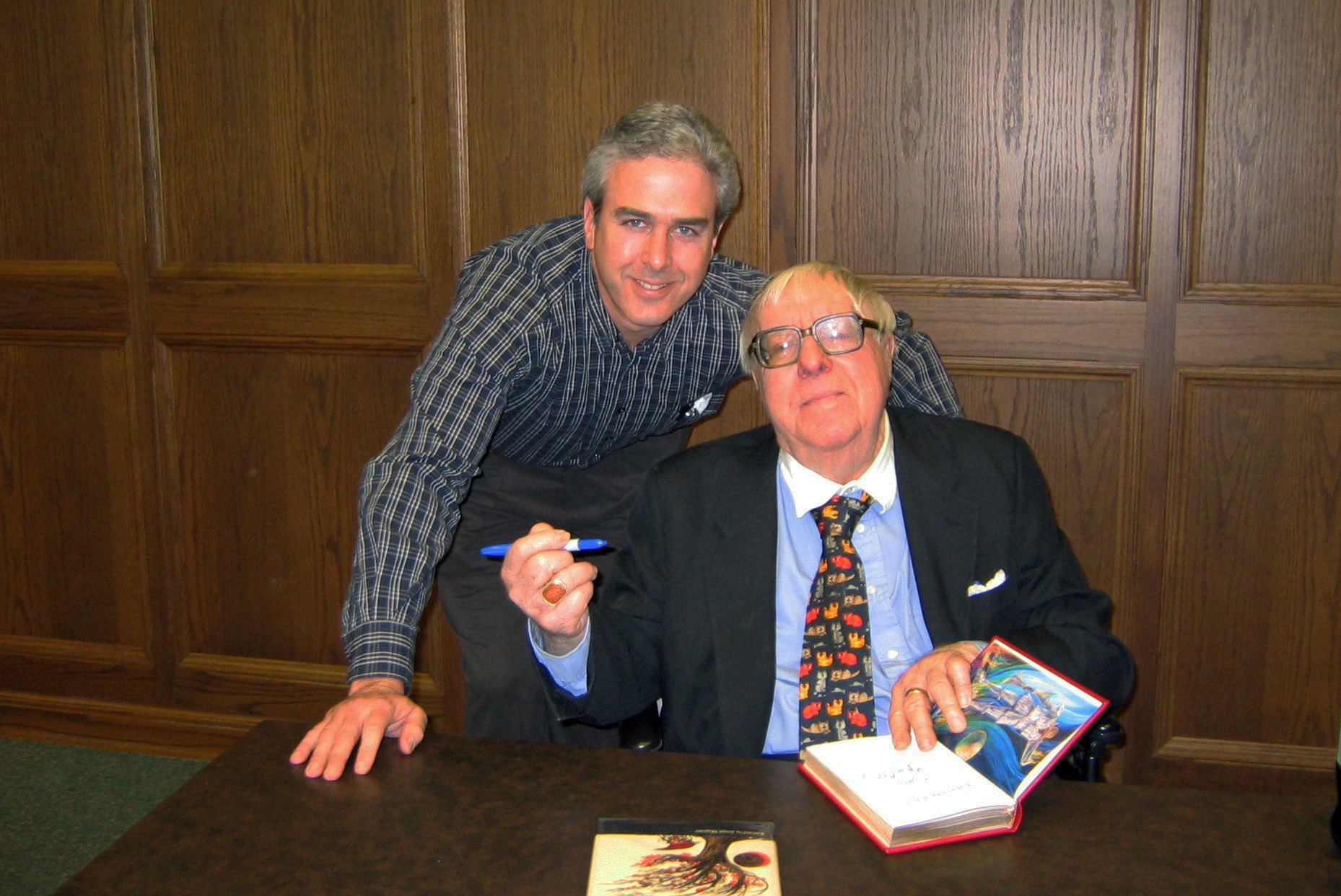 We Become What We Think About

Tags: How it all began, How and why I am a writer

Over the past years, I’ve often found that in order to get an idea to come to fruition, all I needed to do was think about the idea. That’s it. Just think. The more I would think about an idea, the more my conscious and subconscious brain would join in to help develop and flush out the idea. Thoughts would turn into other ideas, which would make me think even more, and before I knew it, I had a plan in place to make the idea a reality. It was the motivational speaker Earl Nightingale (someone I knew from a past life) who coined the phrase “We become what we think about,” and those words have rung true for me throughout my life, especially when it comes to being a writer.

Twenty-five years ago, I had my first thought, an idea, about becoming a writer, and I’ve been thinking about that idea ever since. My favorite authors—Bradbury, Crichton, Fitzgerald, Hemingway, Harrison, and King—had made me do it – think, that is. Over the years, they had grabbed me and had engaged me with their words and their stories. They had opened my eyes to the limitless possibilities of words and books. Essentially, through the influence of their stories, they had told me to keep reading, and by all means, to start writing.

One book in particular, and a subsequent meeting with the author of that book, set me on my way. The book was Dandelion Wine, written by one of our greatest American authors, Ray Bradbury. I had read other Bradbury books in my earlier years, like Fahrenheit 451 and The Martian Chronicles. But when I read Dandelion Wine, it was the first time I could truly visualize the story as I read it. It was the first time I had become part of the story. It was the first time I had experienced words and sentences strung together in such a unique way: literature with doses of realism and lyrics and poetics. I was hooked. I thought to myself, I want to be able to write a book like that some day. I’m a big dreamer.

I forged ahead with a renewed passion for reading, devouring anything I could squeeze into an already hectic daily schedule. I began reading instructional books on the craft of writing and publishing. I began the process of preparing myself for the inevitable day when I would become a writer.

In 2003, while in San Diego, I had the fortunate opportunity to meet Ray Bradbury. I had heard of a seminar he was conducting at San Diego State University. On a whim, I changed my afternoon plans and drove over to the campus. His two-hour talk about the “love of writing” was truly inspirational and his words made me wonder even more about becoming a career writer. Afterward, I met Ray and he signed a book for me. He asked me if I was a writer, and I told him that I wanted to be one, some day. He said, “Just do it.” And I replied, “Okay, I will.”

Four years later, I became a writer. Although I had been writing for years, I made it official, committing myself to my writing and to the publication of my writing. My fiction writing took off at a feverish pace, but I was quickly distracted. Years earlier, I had come up with an idea for a non-fiction book that would just not leave me alone. I couldn’t stop thinking about it. Instead of fighting it, I decided to satisfy the idea and the urge, and I wrote The First 60 Seconds, my first book. The book was published in 2009 and I had the great opportunity to tour around the country to talk with people and to help people realize their next great career opportunity. The book was the perfect ending to a twenty-year business career.

When I got back to my fiction writing, I focused mostly on shorter pieces, which allowed me to flush out many ideas and allowed me to get in some practice using the many skills necessary to write a good sentence. It was hard work, and it still is. I get a lot of ideas for writing projects, and I usually try to see if the idea is worthwhile by attacking it through a short piece, such as a poem or a short story. After that, if I still like the idea and the premise, I’ll consider it for a longer form.

For many of the ideas I get, I simply can’t say for sure where they came from, or why I felt the idea was necessary to pursue any further. In 2009, I came up with an idea for a story about a man whose life was turned upside down when a distant family member came back into his life. I thought about starting off with a short story, but for some reason, I was able to visualize the idea clearly in my mind. Given my love of movies, I decided to write the story first as a screenplay. By the end of the year, the screenplay was finished, and the story of Recalled To Life was ingrained in my mind. I wanted to move on to something else, but I just couldn’t stop thinking about the story.

In 2010, I embarked on a journey to turn the screenplay of Recalled To Life into a novel. The adaptation usually goes the other way, from novel to screenplay, but the process made sense for me—start small, flush it out, and if it still makes sense, go bigger. I continued to think about the story for the next year and the additional words and story lines continued to flow. In April 2011, the novel was completed, edited, and ready to sell.

No one tells you that the hard part of writing happens after you’ve finished a project, but it’s true. Once it’s written, a book needs to be published and promoted and sold, with many of the related tasks the responsibility of the author. So my thoughts turned to publication. Every day I thought about how to publish my book. Thoughts turned into ideas, which turned into plans, and in August of 2012 I was fortunate to sign a publishing deal with Eckhartz Press, an up-and-coming publisher in Chicago.

On the day I received the final publishing contract, I sat at my desk and read through the details one more time. I signed the contract and scribbled the date—8/22/12. As my pen came up off of the paper, I paused. The date seemed significant, memorable. At just that moment, I heard a faint bell ring and I looked up to my computer screen to find a pop-up reminder from my calendar. Inside the pop-up box was, “Ray Bradbury’s Birthday.” I had put that annual reminder in my calendar the week after I met Ray in San Diego. I’ve used that reminder to send him a birthday card every year since, with the exception of this year, as he didn’t quite make it to his 92nd birthday.

Was it a coincidence that I signed a contract to publish my first novel, Recalled To Life, on the birthday of my favorite author, friend, and mentor? Or was it something else, like a good omen or someone looking down on me on one of the most important days of my life? Deep down, I think I know the answer.