Building the Novel: One Step at a Time 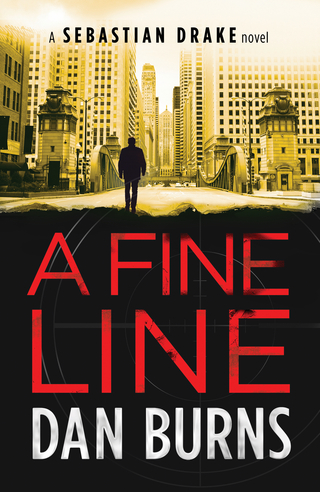 When I sat down to write my latest novel, A Fine Line (Chicago Arts Press, June 6, 2017), I wasn’t embarking on a new project. The project was old. The protagonist, Sebastian Drake, was old, and the idea for his story had been in my mind for over five years. Over those years, Drake and I had shared some experiences, had learned about each other, and I knew he and his story had to be shared in novel form. He made me do it.

Since my earliest days as a writer, I have always been apprehensive about big and lengthy projects, the novel in particular. It’s been a fear I’ve had, that I would spend months or even years on a project, tens of thousands of words down onto the page, only to realize that the story wasn’t any good. That would be a shame, and an unfortunate mismanagement of my time. I had to start small and build an idea over time, one successful step at a time. I’ve been writing that way ever since.

When a story idea is pressing on my mind, urging me to act upon it, I always try to explore and develop the idea quickly and with a minimal investment of time, as a poem or a short story or any shorter form that might work. After a couple hours or days, I’ll have something finished and concrete. If it’s good, I can consider publishing the poem or short story. If it’s very good, the story idea will not leave me alone; it will nag at me to continue. At that point, I might consider developing the story further as a screenplay or novel.

That’s what happened with my protagonist, Sebastian Drake, and his story, A Fine Line. In April of 2010, Drake first appeared in a short story titled, Letting Go. The story was my first effort to find out who Sebastian Drake really was, and what he had the potential to become. I needed to know what he was doing at the time, and I also needed to get some insight into his past, his demons, his special skills, and his possibilities for the future. I sat him at a table in a coffee shop, across from a friend he hadn’t seen in twenty-five years, and I let them talk. What happened in that coffee shop scenario changed my writing career forever.

When I finished the story two days later, I found that I had created more questions than I’d answered. Actually, I’m not sure I answered many questions about Sebastian Drake at all. But I was intrigued by what happened in the story and I thought I might want to know more. Actually, I needed to know more.

Subsequently, in January of 2012, I wrote a twenty-two-page screen treatment based upon Letting Go, which outlined the screenplay I was going to write for a feature length film titled A Fine Line. Sebastian Drake was going for the big screen. It took me a year, many long days, and a severe amount of revision and cutting, and when I was finished with the screenplay, Drake’s story had taken another big step forward.

At each step along the way—the short story, the screen treatment, and the screenplay—the character of Sebastian Drake had become more interesting, more challenged and conflicted, and I was compelled to find out what was next for him. He simply would not leave me alone. I’ve often said that as a writer, I don’t always get to write the stories I necessarily want to write. More often than not, I write the stories I need to write. Something (or someone?) in my head nags at me until I finally give in and get to work, and ultimately, until the deed is done. Those ideas and characters that repeatedly pop into my mind direct me as to what I will work on next, and Sebastian Drake was on my mind a lot. He still is.

Two years ago, I embarked on a project to bring Sebastian Drake to his ultimate story platform: the novel. In a reverse adaptation process and using the screenplay as a basis (the same process that I used for my first novel, Recalled to Life), the newest chapter in the life of Sebastian Drake took form. His story was complete. The book was published in June and is now being shared with the world. I wonder where he will take me next.

Writing using this building-block process works for me, and when I finish a larger project, I’m comfortable that the story is good, because I have put it to the test at each step along the way. There are other benefits to the building-block process as well. Most important, with a smaller and completed project, I have a basis, a springboard, for moving forward. I also have another marketable product. It’s hard to become a successful writer based upon one book or project. With each new project I complete, whatever form it make take, I’m better able to substantiate my credibility as a writer.

I especially enjoy the process of adapting a screenplay into a novel. I’m a big movie fan, and I love the visual and dialogue-driven aspects of films. I find it beneficial to visualize the characters and story, like I might see it on the screen, and that visualization guides me as I develop a story. When I finish a screenplay, I have a solid plotline in place, along with all the characters and what they have to say, all in 120 pages or less, a reasonable investment of time and effort. Then, to develop the story as a novel, it’s a matter of adding the necessary exposition and description, which is no easy feat, but I’m not starting from scratch. I’m building upon my past, completed work.

Are there any negative aspects to my building-block approach? I really have not experienced any, except for the fact that it might take me longer to get a bigger project, like a novel, completed and published. I can live with that fact, because in the end I know the project is well thought out, is more fully developed, and I’ve given the story the time necessary to come to life.

Writing A Fine Line was a rewarding process, but to make the book perfect and ready for publication, I knew I had to have a great book cover. It was essential that my cover be eye-catching and able to both fit in and set itself apart from other covers of published books from my heroes in the mystery genre. That’s where Reedsy stepped in to help. I learned about Reedsy.com from a friend, and I quickly set up my profile and project on the site. Within days, I had five, interested book cover designers. The process was simple and efficient. I knew what I wanted, and it was easy for me to select Tom Sanderson (www.the-parish.com) to help me design the perfect cover. I live in the U.S. and Tom was in the U.K., but with Reedsy, geography is no barrier. Tom was great to work with. I told him that I wanted my book to “fit” nicely on any bookstore table between the books of Lee Child and James Patterson. As you can see, Tom hit the mark. Read More

Thank you Goodreads and Dan Burns or the win of A Fine Line! The book was a fast and fascinating read. All of the elements are here; a cold murder case, a powerful political family, and a wealthy philanthropist. This is the first book in the Sebastian Drake series. I loved Sebastian Drake! I especially enjoyed the twist at the end. I am looking forward to reading subsequent novels.