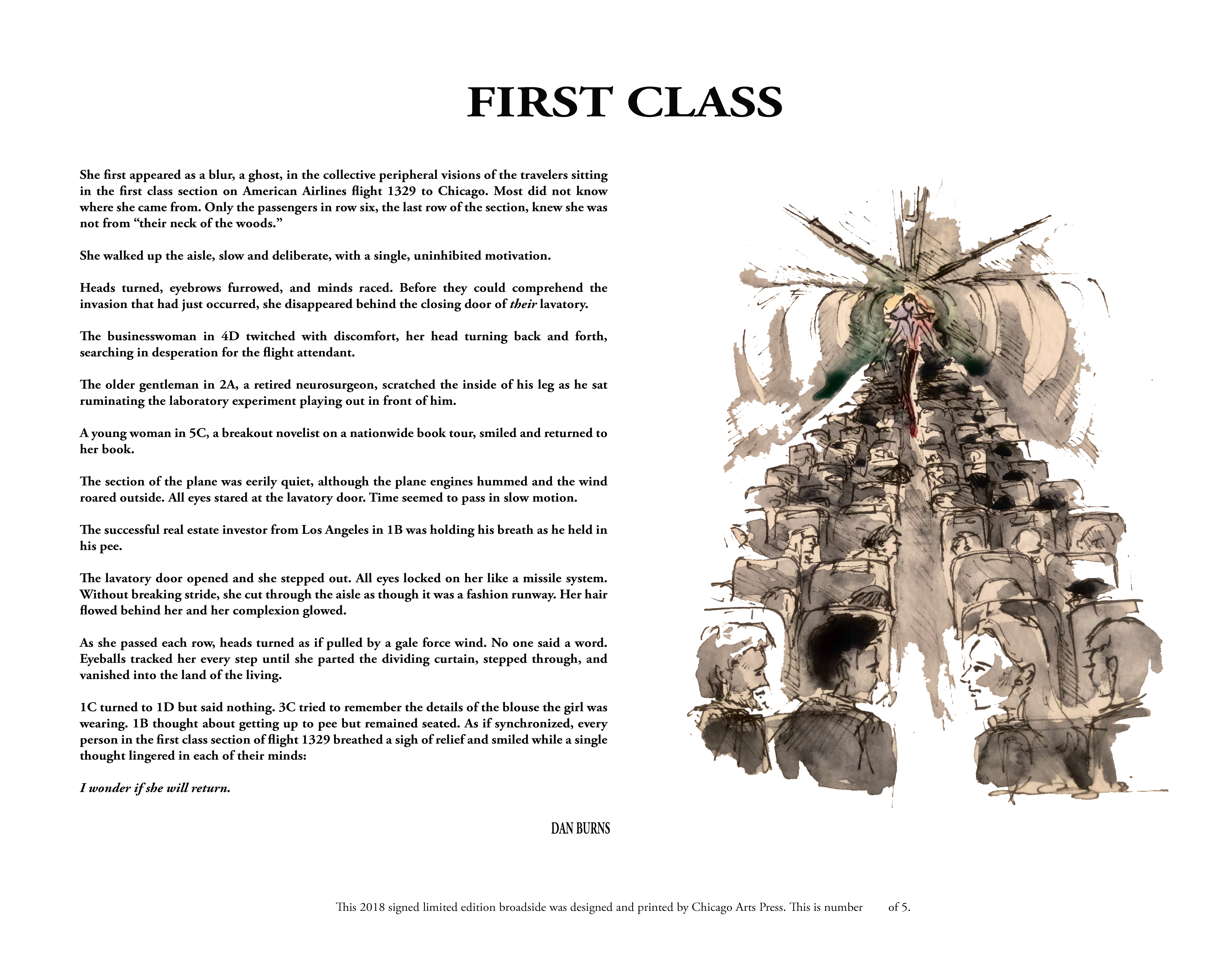 Here's your chance to own a limited edition broadside of Dan's poem, "First Class," which was published in the Write City Magazine (June 2018).

This broadside is limited to only FIVE (5) signed and numbered copies. It measures 11 by 14 inches, is printed on fine Somerset Velvet paper, and is exclusively illustrated by Chicago artist Kelly Maryanski. 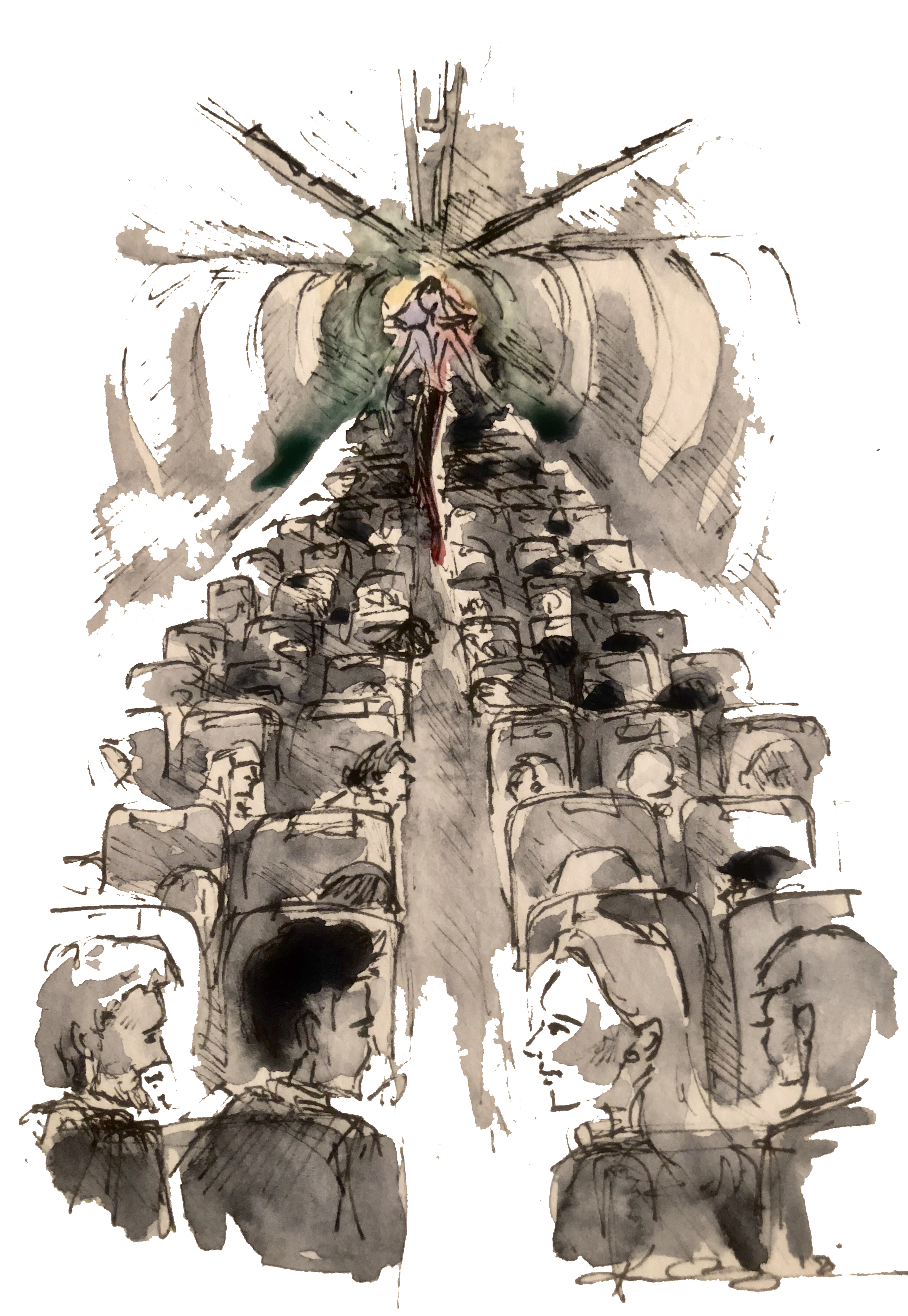 SHE FIRST APPEARED as a blur, a ghost, in the collective peripheral visions of the travelers sitting in the first class section on American Airlines flight 1329 to Chicago. Most did not know where she came from. Only the passengers in row six, the last row of the section, knew she was not from "their neck of the woods."

She walked up the aisle, slow and deliberate, with a single, uninhibited motivation. Heads turned, eyebrows furrowed, and minds raced. Before they could comprehend the invasion that had just occurred, she disappeared behind the closing door of their lavatory.

The businesswoman in 4D twitched with discomfort, her head turning back and forth, searching in desperation for the flight attendant.

The older gentleman in 2A, a retired neurosurgeon, scratched the inside of his leg as he sat ruminating on the laboratory experiment playing out in front of him.

A young woman in 5C, a breakout novelist on a nationwide book tour, smiled and returned to her book.

The section of the plane was eerily quiet, although the plane engines hummed and the wind roared outside. All eyes stared at the lavatory door. Time seemed to pass in slow motion.

The successful real estate investor from Los Angeles in 1B was holding his breath as he held in his pee.

The lavatory door opened and she stepped out. All eyes locked on her like a missile system. Without breaking stride, she cut through the aisle as though it was a fashion runway. Her hair flowed behind her and her complexion glowed.

As she passed each row, heads turned as if pulled by a gale force wind. No one said a word. Eyeballs tracked her every step until she parted the dividing curtain, stepped through, and vanished into the land of the living.

1C turned to 1D but said nothing. 3C tried to remember the details of the blouse the girl was wearing. 1B thought about getting up to pee but remained seated. As if synchronized, every person in the first class section of flight 1329 breathed a sigh of relief and smiled while a single thought lingered in each of their minds:

I wonder if she will return.